This year, Eugene Thuraisingam LLP is proud to have been one of 14 law firms recognised in the practice area of dispute resolution in Singapore. The firm, which was in the “Notable” category in asialaw’s rankings in 2022, has moved up one notch.

According to asialaw, many market peers acknowledged Eugene Thuraisingam, our founder and managing partner, as a lawyer of note in the area of criminal law. Mr Chooi Jing Yen, a partner of the firm, was also recognised by clients during asialaw’s survey for being “Meticulous, sharp and calm”.

A sampling of feedback from clients published by asialaw is set out below.

“They are very detailed and specific about writing their affidavits. They do not lie or manipulate the events, they truly help their clients sincerely.” – Dispute resolution

“They are very responsive and prompt, and give meticulous advice. They provide incisive and well-thought-out strategies.” – Dispute resolution

“It is professional and responsive.” – Dispute resolution

Eugene Thuraisingam was named in the “Notable Practitioner” category in the practice area of Dispute Resolution in Singapore.

Eugene Thuraisingam was praised for being “prompt, responsive and meticulous”, and his “excellent problem-solving”.

Recent case highlights of his that were featured by asialaw included Eugene’s acting in a USD 128 million arbitration in the Singapore International Arbitration Centre (SIAC) which arose from a contractual dispute with the private equity arm of a major international bank incorporated in Hong Kong. Reference was also made to Eugene acting for persons in investigations relating to an alleged international money laundering matter. 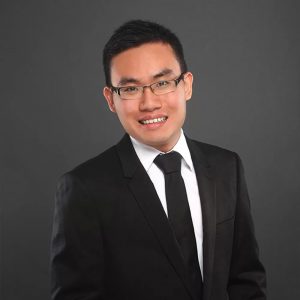 Suang Wijaya was named in the “Rising Star” category in the practice area of Dispute Resolution in Singapore. Rising Stars are lawyers “to watch” who, according to asialaw, are building their reputations in the market and have the potential to become one of the leading lawyers in near future.

Clients lauded Suang for his ability to present complex ideas simply. Suang, who has been a Partner at Eugene Thuraisingam LLP since 2018, was also described as “driven, confident, competent, and professional”. In the 2022 edition of asialaw profiles, Suang was described as follows:-

“He has a first-class legal mind, is detailed, industrious, responsive, professional and has a very good ‘bedside’ manner in handling his clients through difficult situations.”

Eugene Thuraisingam LLP is humbled by these recognitions, and wishes to put on record its appreciation to all its clients and colleagues at the bar for the continued support.

Reflecting on the latest recognitions, Eugene Thuraisingam gave credit to the dedicated team of 11 lawyers and all support staff that made this possible. He also expressed delight that the younger partners of the firm were developing and being recognised in their own right.

The firm looks forward to continue its commitment to excellence in the field of dispute resolution in Singapore and build on all the good work.

Can an Employer Summarily Terminate an Employee’s Employment for Breaches of His or Her Employment Contract, Whilst the Employee is Whistleblowing?